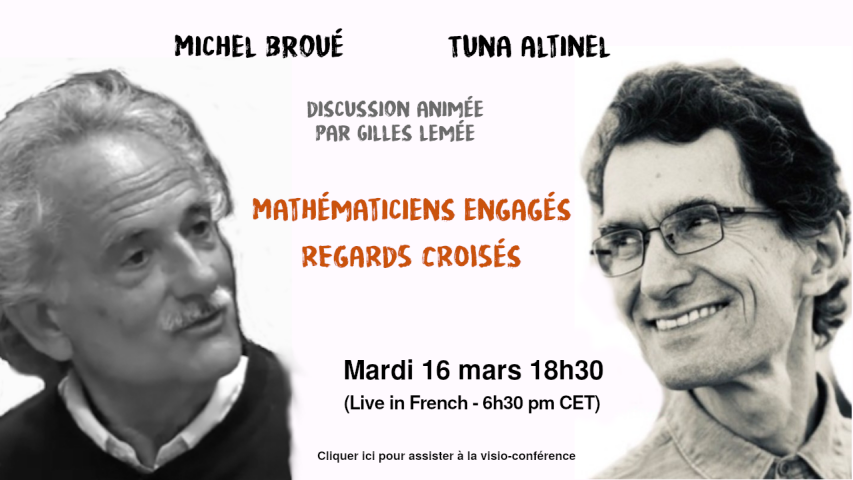 Tuna Altınel is a mathematician. He has been persecuted for 2 years by the Turkish state which accuses him of state crimes.

Michel Broué is a mathematician. Since the 1970s, he has participated in the defense of colleagues who are victims of political repression.

The exchange will cover topics such as: techniques used by the states to criminalize political opponents (as in Turkey, Russia, Egypt), the state grip on the Turkish University (Boğaziçi events), the possible responses from the scientific community (The Mathematicians Committee, the Audin association)

This exchange is organized by the Tuna Altınel Support Committee.

The discussion between Tuna Altınel (from İstanbul) and Michel Broué (from Paris) will be moderated by Gilles Lemée (from Lyon). It will be possible to follow the live stream via this videoconference link.

In the next few days, a recording will be available on the youtube channel of the support committee.